Mariya Turchyna and Alyona Bereza (center) are investigative journalists in Ukraine. The Interlink Academy has supported them on various levels. Our Managing Director Werner Eggert met the two journalists in Khmelnytzkyi in the Southwest of Ukraine and discussed their work. The project will continue until 2021.

Mariya Turchuna and Alyona Bereza are specialized in exposing corruption and nepotism in the city of Khmelnytskyi in Ukraine, roughly 300 kilometers southwest of Kyiv. The other 14 participants of the program are based in Dnipro, Poltava and Sumy, Zaporizhzhya, Kryvyi Rih, Slovyansk, Kropyvnytskyi and Rivne. 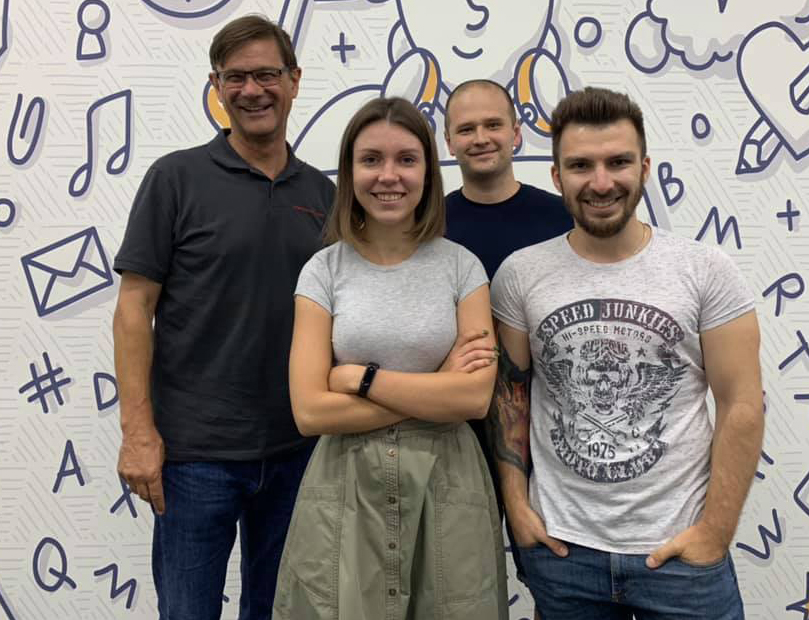 Interlink‘s Director Werner Eggert meets the the investigative reporters Daryna Tverdokhlib, Anton Fillipov and Pavlo Lisnychenko in Dnipro to discuss the progress they have made so far.

The Interlink Academy runs this coaching program together with the Ukraine’s top  investigative journalism unit Bihus.Info. In 2019, eight young investigative reporters from the Ukrainian regions are supported with journalistic and legal advice, and with financial resources. Safety and security plays a major role too. The program runs for 10 months, and the stories produced will be published in Ukraine nationwide.

The program will be continued and applications for new grants and internships at Bihus.Info are accepted now. Please write to ng@bihus.info for more information.

The program is sponsored by the German Foreign Office.