Digital Journalism for the Caucasus 2018

Video Hype and Countering Fake News: the Internet is both, an opportunity and a threat for journalists. This three month long course for journalists from Armenia, Azerbaijan and Georgia enables participants to improve on their factchecking skills and to master mobile video journalism. The course was opened by Anke Doletzki (fourth from right) from the German Embassy in Georgia. 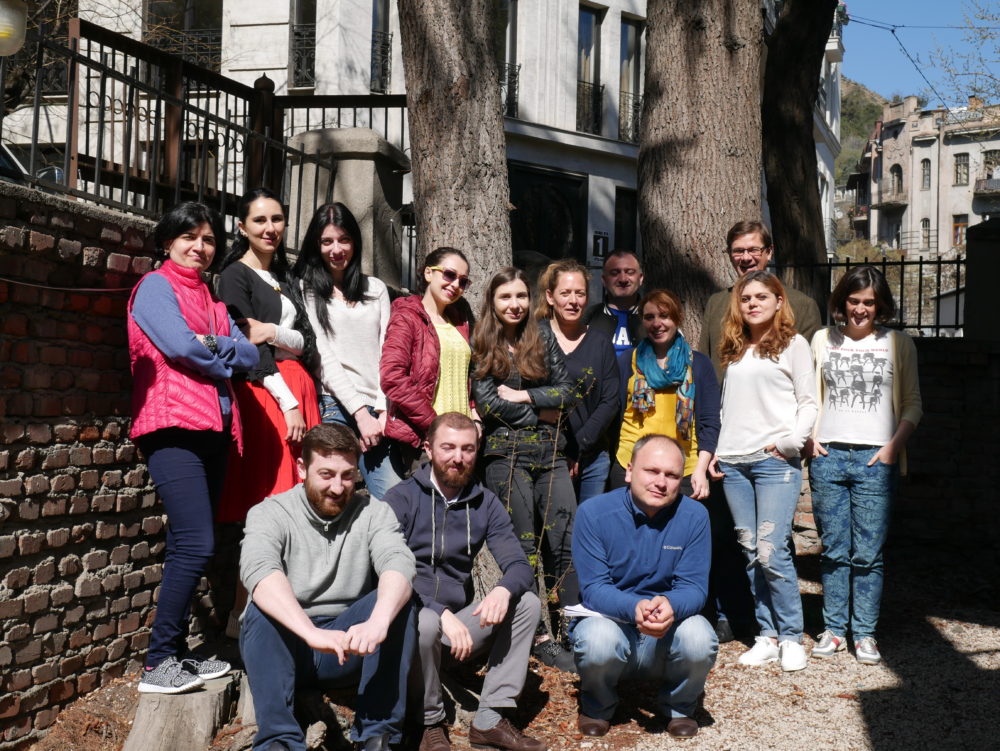 The attendance phases will be hosted by the Frontline Club in Tbilissi. See here our participants from 2017.

The multimedia and video hype gives journalists additional opportunities to reach new audiences. While countering fake news remains a major problem. Journalists need to update their skills frequently in order to keep up with these challenges.

The dissemination of inaccurate information, unverified allegations, rumors and hoaxes has been a problem in the South Caucasus region for a long time. But new actors in the media landscape spreading deliberately fake news and the fast and wide circulation of information via social media make it more than ever necessary to distinguish facts from fiction.

In this course you will learn what disinformation is and how you can recognize it. You will acquire essential verification skills and get to know tools with which you can independently verify the authenticity of information, photographs and videos, so that it will become easier for you to distinguish real news from fake news. During the course we will examine examples and try to identify their origin. We will also provide you with credible sources for information about the EU and other international organizations.

During the training you will learn how to produce news videos for the web with just a smartphone. It can be used for record breaking news, well as for pre-planned stories. You will improve your command of shooting, interviewing, editing, reporting, filming and production.

The key production technique will be the ‘oneshot’ video which is produced with no (or hardly any) editing after shooting. This production style has great benefits: as all pictures are filmed concurrently on the spot, manipulating the video by editing in false venues or reshuffling of procedures is not possible. This adds largely to the legitimacy and authenticity of the reception of the journalists. In addition, the participants will practice shooting and editing according to the 5-shot-rule. 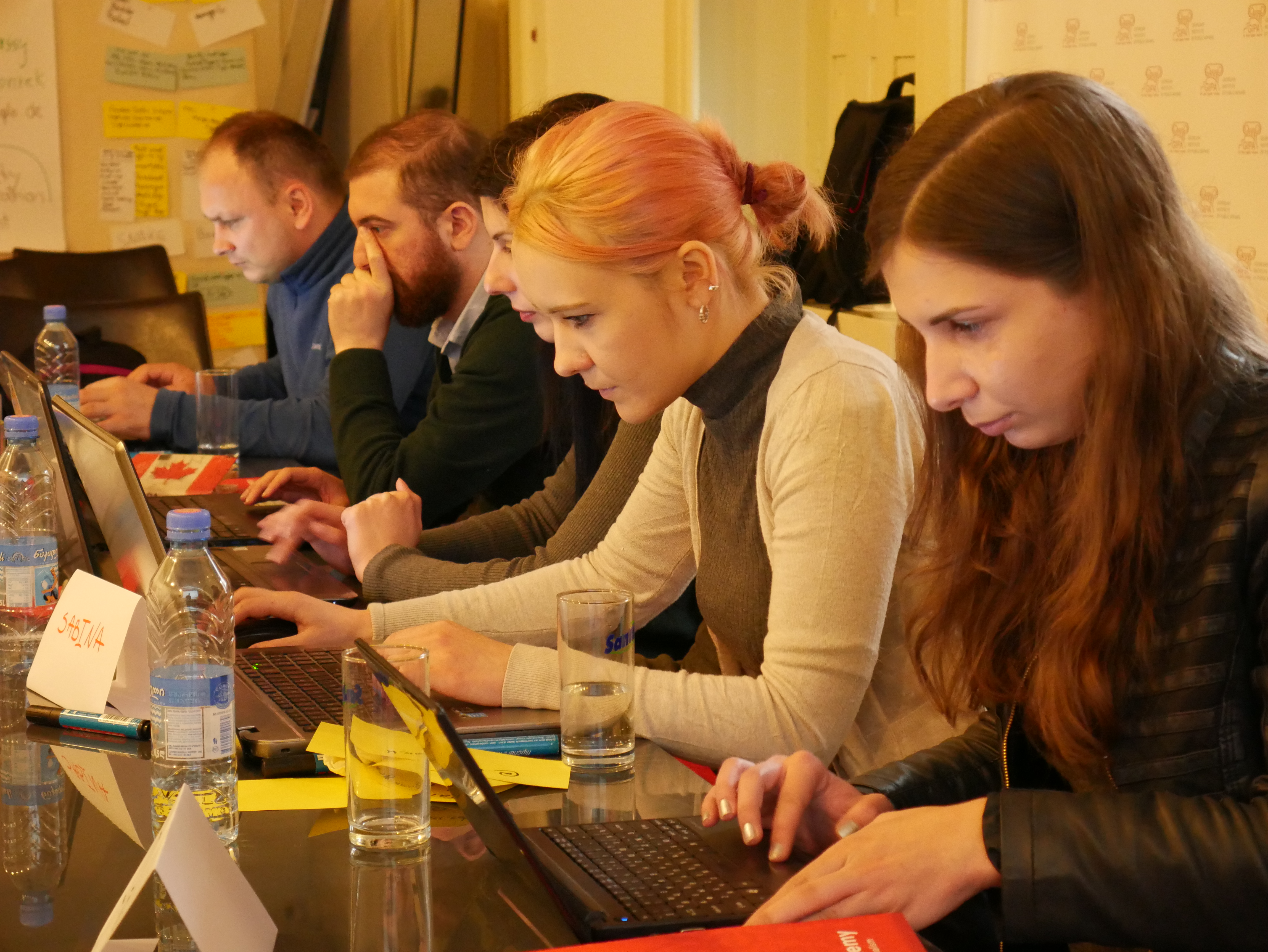 Practical exercises and frequent feedback are at the core of this course.

“Digital Journalism 2018: Between Multimedia Hype and Countering Fake News” is a blended-learning program. It consists of three stages: two intensive attendance phases, one at the start and one at the end of the course, in Tbilisi/Georgia, and one two-month-long e-learning phase in between.

During their study stay in Tbilisi, the participants will acquire new journalistic skills in a curriculum consisting of lectures, practical group work, and discussions. In addition to the continuous support through the teaching staff, the program will be complemented by virtual lectures – so-called webinars – with international internet experts.

This attendance phase is followed by an e-learning phase during which the participants will put what they have learned into practice by working on journalistic assignments and participating in webinars, while being at home in their familiar working and living environments. The e-learning phase requires an average time commitment of 5 hours per week. Even after the end of the course, Interlink Academy will remain in close contact with the participants through Alumni and mentoring services.

Courses at the Interlink Academy are run by highly specialized lecturers and trainers from Germany and abroad who have considerable experience with international study groups. Great attention is paid to the journalistic expertise of lecturers as well as their experience as educators. This course will be taught by Ms Silvia Stöber and Mr Kai Rüsberg. 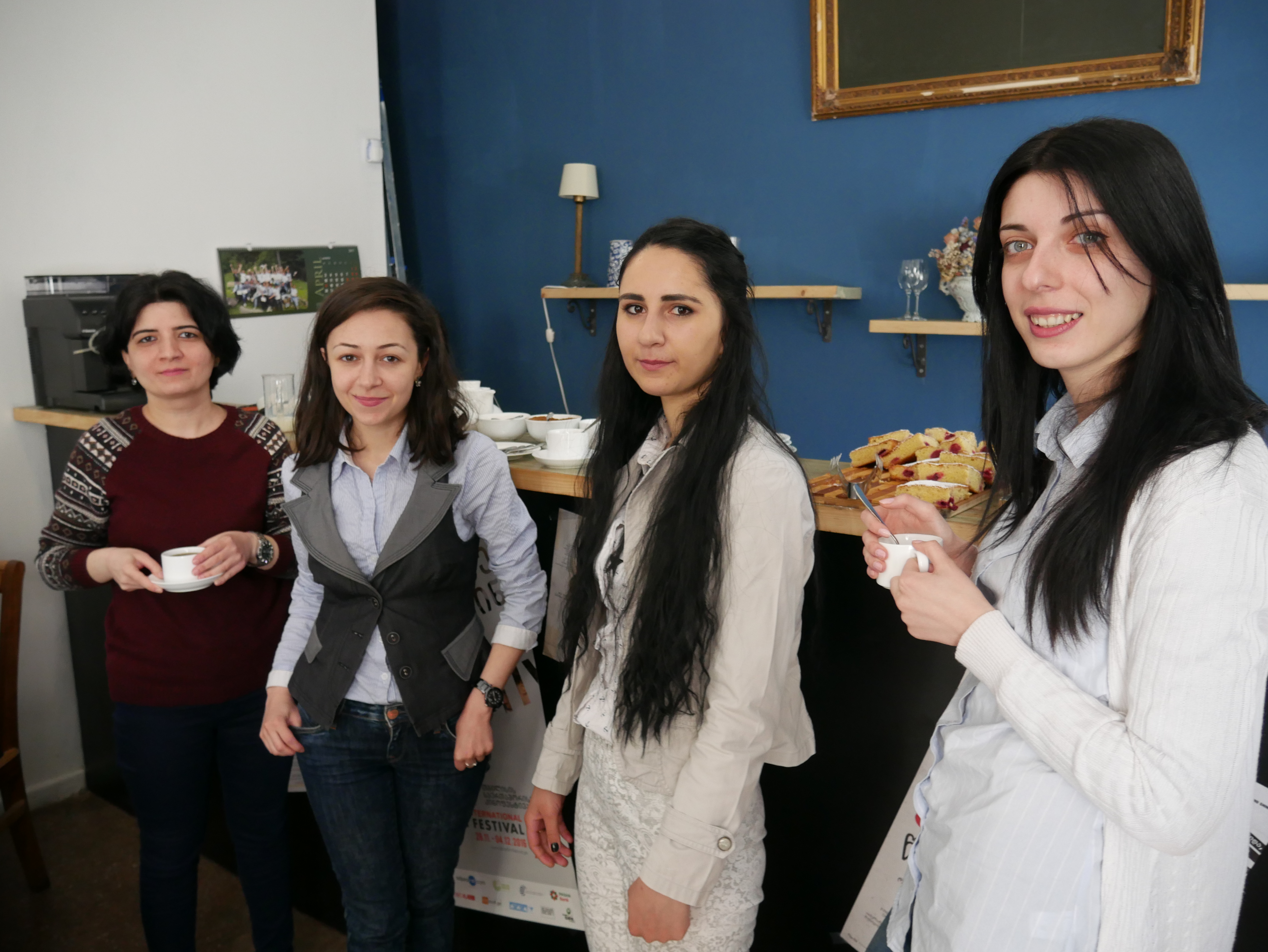 The “Digital Journalism for the Caucasus – Between Multimedia Hype and Countering Fake News” program is aimed at professional journalists from Azerbaijan, Armenia, and Georgia. Preference is given to applicants from regional media.

Applicants are expected to have demonstrated their journalistic talent as member of an editorial team or as a freelancer. They should be interested in the innovative technological opportunities the Internet offers. An understanding of the role of independent media in democratic societies is a given.

Applicants must have a good command of the English language (written and spoken), as huge parts of the program will be conducted in English. The Interlink Academy expects salaried editorial staff to be released from their duties for the duration of the attendance phases while continuing to be paid by their employer, and to receive appropriate support from them during the e-learning phase.

Applicants from Armenia and Azerbaijan must be in possession of valid international travel documents.

Participants receive a scholarship grant to cover course fees and international travel costs. During the attendance phases in Tbilisi, the participants will be housed in hotels at the expense of the Interlink Academy, and receive an adequate daily allowance for meals.

The program is sponsored by the Foreign Ministry of the Federal Republic of Germany. Other partners are: the Georgian Journalists Ressource Center, the Azerbaijan Journalists’ Network, and the Investigative Journalists Network in Armenia.

Applications will be accepted as from July 1 to July 30, 2018. They must be submitted online using the electronic application form on the Interlink Academy website. Please draft the required motivational letter with care. Incomplete applications will not be considered.

For any queries, please contact administration@interlink.academy  or our partners in Armenia, Azerbaija, and Geogia.